Football Mania is a game of strategy and skill that includes kickoffs, basic offense and defense, as well as punts, field goals, interceptions, fumbles, sacks and many of the other exciting things you've come to know and love about the game of football.

Take to the gridiron and see if you can run, pass, and kick your way to a Football Mania championship...it just takes practice!

Football Mania is a voice-based, A.I. driven, football game for Amazon Alexa devices. You coach a team and compete against the A.I. system. The game should walk you through your available options at any given moment, but below is a quick run down of some of the finer points of the game.


Games start with a coin flip to determine initial possion. You can say heads or tails.

A correct guess will give you the option to kick or receive.


When you are kicking, you can attempt an onside, squib, or deep kick.

When it's time to receive a kick, you will be asked if you want to attempt a left, right, or middle kick return.

Currently any kick into the end zone will result in a touchback, and the ensuing drive will start on the 25 yard line. All other kicks will attempt some form of a return, but be warned, there is always the potential for turnovers on kick returns too!


When on offense, the system should always tell you the down and distance (to a first down) as well as your current line of scrimmage. Then you'll have the option to run, pass, punt, or attempt a field goal.

Success of your offensive plays is based on a combination of the game situation, your past tendancies & success, and of course a touch of random luck.

Again, be warned that there's always a chance of giving up a sack or making a crucial mistake that results in a turnover!

Punting pro tip: Like kickoffs, a punt that goes into the end zone will result in an automatic touchback. Anything else, and it's returnable!

Field Goal pro tip: The chances of a successful field goal depend a lot on your field position. The record for the longest right now is 40 yards (and we wouldn't recommend trying to break it)!


When on defense, you will be able to choose between running man, zone, or attempting a blitz.

The A.I. will choose an offensive play to attempt based on the game situation (and some machine learning help).

In addition the basic game play mentioned above, there are a few other options and details throughout Football Mania that are worth knowing about.

After halftime, the system will ensure that both sides have had at least one possession before ending the game. At the completion of the game, your official record will be updated and the play log from the game will be archived.

Pro tip: kick returns for a touchdown do not count as a possesion.


Halftime is determined by the system and called when both sides of the ball have completed at least one possession each.


Checking Your Score, line of scrimmage, or & record


At any point in the game, you should be able to check a number of things that may be of interest to you including:

The current game score by saying tell me the score.

The current down, distance, and line of scrimmage by saying tell me my situation.

Your official Football Mania team record by saying tell me my team record..

As with all mania games, you can also ask for help at any point in the game. 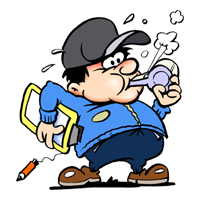