Baseball Mania is a game of strategy and skill that includes hitting, pitching, fielding, and many of the other exciting things you've come to know and love about the game of baseball.

Take to the baseball diamond and see if you can pitch, hit, and throw your way to a Baseball Mania Pennant...it just takes practice!

Baseball Mania is a voice-based, A.I. driven, baseball game for Amazon Alexa devices. You coach a team and compete against the A.I. system. The game should walk you through your available options at any given moment, but below is a quick run down of some of the finer points of the game.


Games start by randomly selecting a stadium, the weather, starting pitchers for both teams, as well as a starting batting order for each team (The system will automatically put your best hitter in the clean up spot when setting the batting order).


When pitching you can throw a number of different pitches just by saying the name of the pitch and what part of the plate you want to throw over.

You can also try to pick off a lead runner by saying the base you want to throw to.

So for example, you can say something like middle fast ball to attempt a fastball right down the middle of the plate.

Pro tip: Weather and location affects the top speed of your pitches and distance of hits. Also each batter has certain pitches they are strong and weak against, so pay attention to the small details, stats, and trends from game to game.


When hitting you try to guess the pitch you think the pitcher will throw, or if you want, you can also choose not to swing by saying, take.

Guessing the right pitch will drastically increase your chances of getting a hit, while an incorrect guess will cause the system to fall back to game situation odds and the current batter's hitting odds.

The system will automatically put your best hitter in the clean up spot when setting the batting order. The rest of your batting order will be randomly determined at the start of the game.

Pro tip: Situational odds based on the count, the number of outs, the runners on base, and the batter's hitting odds all go into determining the result of an at bat.

In addition the basic game play mentioned above, there are a few other options and details throughout Baseball Mania that are worth knowing about.


Games are designed to be at least two innings. A tie at the end of the second inning can cause the game to go into extra innings, but a complete game will always ensure at least two full innings.


Checking Your Score, the count, runners on base, & record


At any point in the game, you should be able to check a number of things that may be of interest to you including:

The current game score by saying tell me the score.

The current count, batting order, and runners on base by saying tell me my situation.

Your official Baseball Mania team record by saying tell me my team record..

As with all mania games, you can also ask for help at any point in the game.


The A.I. is based on a number of real-world statistics, odds, and players from recent and historical MLB seasons. Though the overall pitching and hitting options are intentionally kept limited in this initial version, there are already millions of scenarios that can and will play out from these options. So every game should be a completely unique and fun experience, that mimics the sorts of situations that happen in real-world baseball games.

Pro tip: The system is also designed to try and adjust to your style of play over time. So try to keep it fresh and mix up your pitches as the situations would call for it. 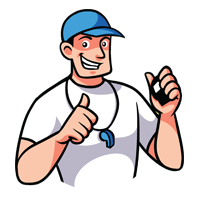